2019 NA3HL Showcase less than a month away 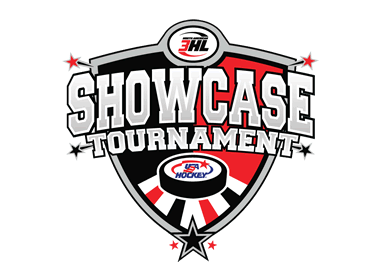 The 2019 North American 3 Hockey League (NA3HL) Showcase, which will take place from December 15-17, 2019 at the Super Rink in Blaine, Minnesota, begins in less than a month. This season marks the 10th straight year the NA3HL will hold a league-wide Showcase, which features some of the best junior talent in the United States. The event will be played in cooperation with the sixth NAPHL event of the season, which will take place from December 13-16, 2019, at the Super Rink and includes the NAPHL 16U and 18U All-Star games on Sunday, December 15th.
All NA3HL teams will play three regular-season games at the Showcase, which is annually one of the most well-attended and scouted events of the entire season for the league, attracting college and junior scouts alike. The NA3HL Showcase brings every NA3HL team under one roof, which allows scouts to see all the great talent the league has to offer. Not only does the showcase see a large presence of NCAA scouts but NAHL Central Scouting is also in attendance, furthering the chances for players to earn a call up to the NAHL.
The 2019 NA3HL Showcase schedule will be released on Monday, November 25th and will pair up evenly matched teams against one another based on the current standings and is also designed to have cross-divisional games with balanced competition.
The NA3HL is in its 10th anniversary season in 2019-20 and serves as one of the top training grounds in the country by providing the best coaching, exposure and developmental vehicles available for student-athletes in Tier III junior hockey. It is one of only two USA Hockey-sanctioned Tier III junior leagues. No other league has had more movement and advanced more players onto play in the NAHL than the NA3HL. Thanks to additional and enhanced initiatives that were put in place this past season in cooperation with the NAHL, more players from the NA3HL play, practice, and earn NCAA Division I scholarships with the NAHL than any other league. To begin the 2019-20 season the NA3HL had over 40+ alumni listed on NAHL rosters. Earlier this summer, not only did 26 NA3HL players sign a tender to play in the NAHL for the 2019-20 season, but 26 more players were selected in the 2019 NAHL Draft.
“Every year, the NA3HL Showcase gets bigger and better, and 2019 will be no exception. This event is all about the opportunity for the players and the timing works out well for all of the college and NAHL scouts and coaches to attend. The record number of advancement of NA3HL players to the NAHL is a direct result of the unique relationship the two leagues share and the exposure players are getting at NA3HL events like the Showcase,” said NAHL Commissioner and President Mark Frankenfeld.
For more details on the 2019 NA3HL Showcase, including ticket, hotel, rental car, scouting and schedule information, visit: na3hl.com/showcase. All the games at the NA3HL Showcase will be broadcast live and in HD on HockeyTV.
Scouts will receive complimentary admission to the NA3HL Showcase. Proper identification and team/league affiliation must be presented at the admission counter in order to receive a scout pass. Scout packet includes a pass for entrance into the Super Rink for all three days of the event, access to the scout room, which will include catered food and beverage throughout the event, a tournament program, scout gift, and line charts for each game.
Another benefit of the NA3HL’s direct relationship with the NAHL is the presence of NAHL Central Scouting. A team of dedicated and knowledgeable scouts will be on hand at the Showcase evaluating NA3HL players in a true unbiased manner. That information on all players is then organized and provided to NAHL teams and college coaches. In a system that no other junior league in the United States has, individual player scouting profiles are then uploaded into the Rink Net database, the same service used by NCAA and NHL teams. NAHL Central Scouting is lead by Tony Zasowski, Director of Player of Personnel for the NAHL, NA3HL and NAPHL. His primary role is to coordinate the scouting at all events, and to promote player advancement and to supply information to NAHL, NCAA and other junior and collegiate coaches.
As an additional element to the program this season, an NCAA education and compliance seminar will be presented to all players, coaches and parents during the NA3HL Showcase. This will be the same presentation used in NAHL seminars and the focus will be on differences between NCAA Division I, Division III and ACHA, the breakdown of NCAA I conference landscape, NCAA Initial Eligibility information including important new rules going into effect this season and how future players will be affected, the recruiting process and how to market yourself.
The Super Rink is the largest ice arena of its kind in the world. The state-of-the-art facility, a $21 million project totaling over 300,000 square feet, features eight sheets of ice under one roof.